Hi, My name is Shaun, I am a Back-End & Front-End Web Developer. 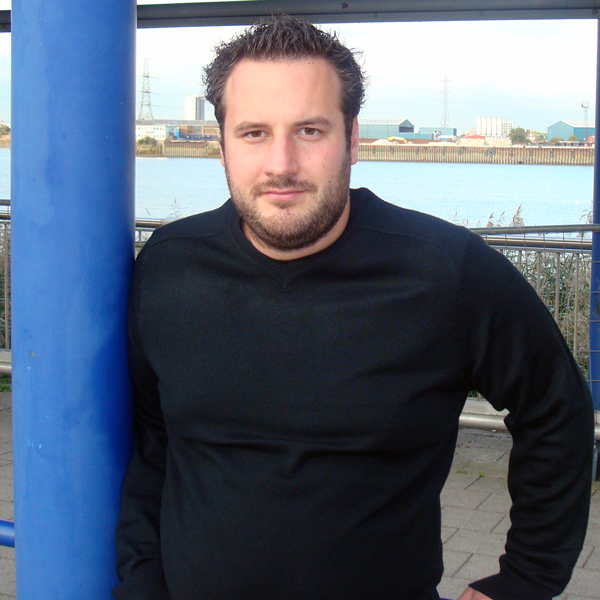 I have been web developing for a number of years, building my first website at the age of 14. Starting off building simple sites for fun using Microsoft Front Page then later moving on to Dreamweaver to now using PHP Storm. At the age of 15 Using HTML/CSS and PHP/MySQL I built a small social network and local events website.

Going straight from school to college to study ICT Software Development, I broadened my knowledge in software programming learning how to create small programs using Visual Basic and the basics of c++.

Once finishing college I started a job as a computer technician, however after a year with a lack of work I was forced to leave. Working independently, I became a freelance web developer, developing websites for a film production company and a Indian restaurant (Hurley Spice).
A job arose in a jewellery company (Alba Rose) as a junior web developer where I joined a small team of 2 senior web developers, learning all about laravel and web developing commercially. 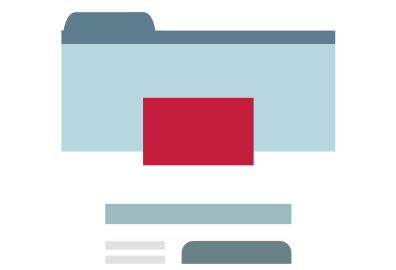 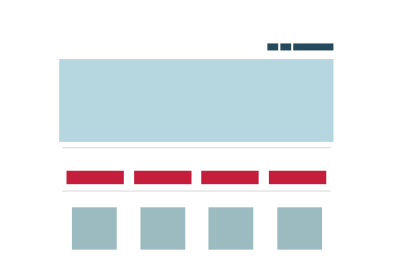 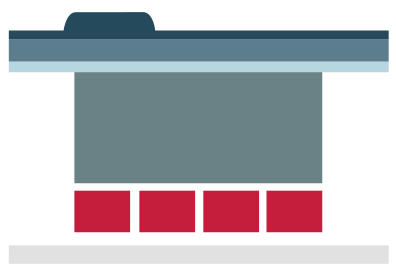 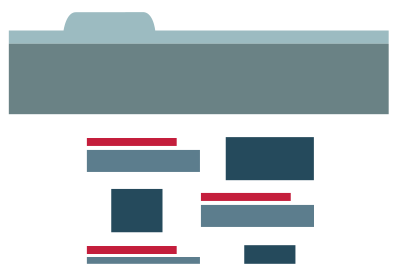 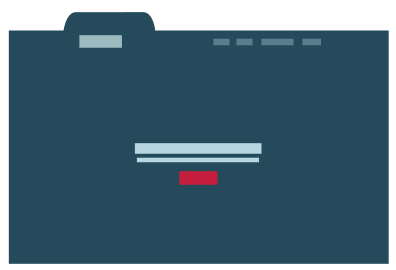 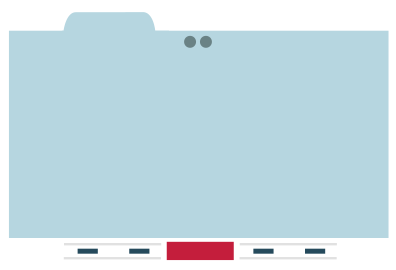 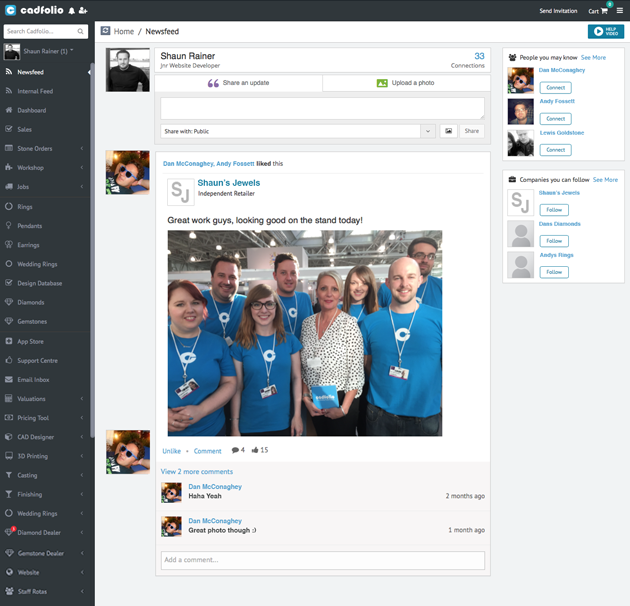 By far the largest and most challenging project I have had the fortune to develop and work on, Cadfolio is a jewellery industry platform designed to streamline workflow between companies and professionals.

Built from scratch using laravel, this project took over a year to develop and met the deadline for launching at the IJL Jewellery show. 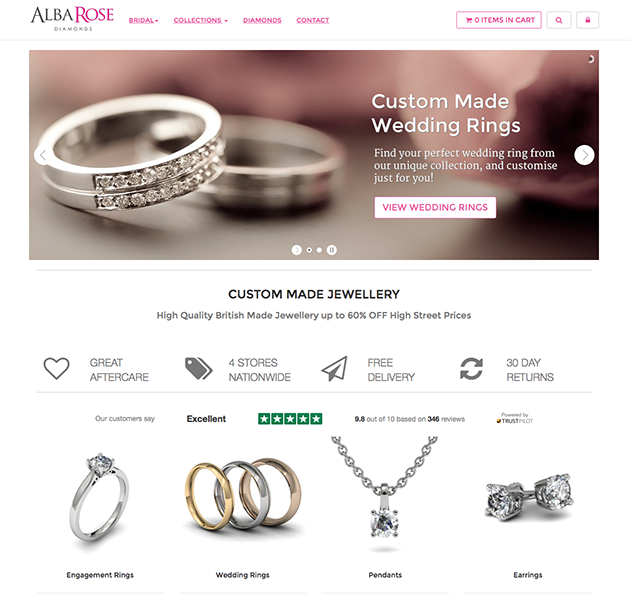 Albarose a large jewellery retailer and manufacturer with the need for a big online presence. Working in a small team to create a fully responsive, dynamic e-commerce website with a laravel based CMS built from ground up. 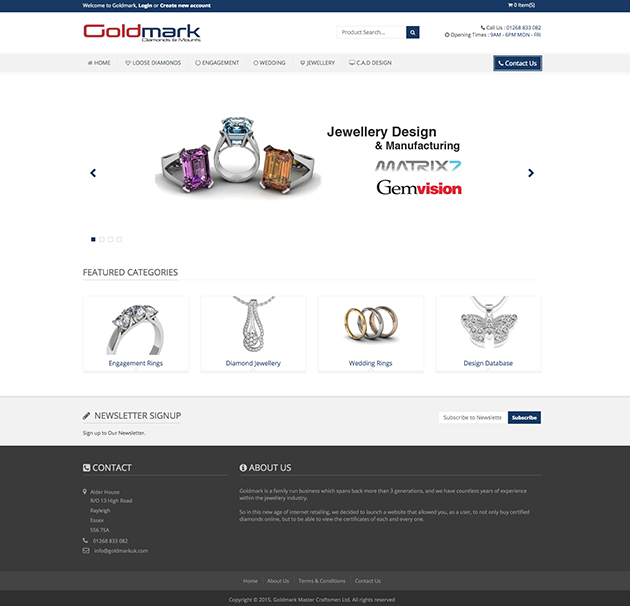 Goldmark a jewellery trade manufacturer, specialising in manufacturing engagement, wedding rings and other jewellery. A online only manufacturer Goldmark required a new look for there website so within a small team we produced a fully dynamic website with CMS. 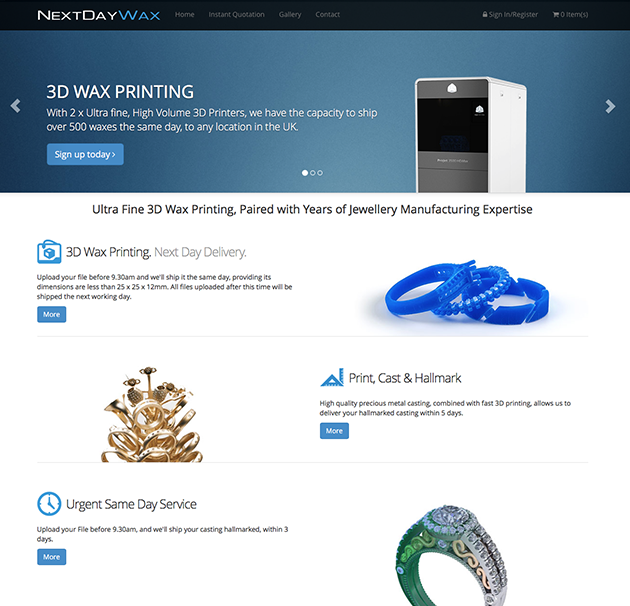 3D wax printing company, Next Day Wax an online business that allows customer to upload and view there STL files then order a wax. I worked in a small team to develop, from scratch a website with backend order management. 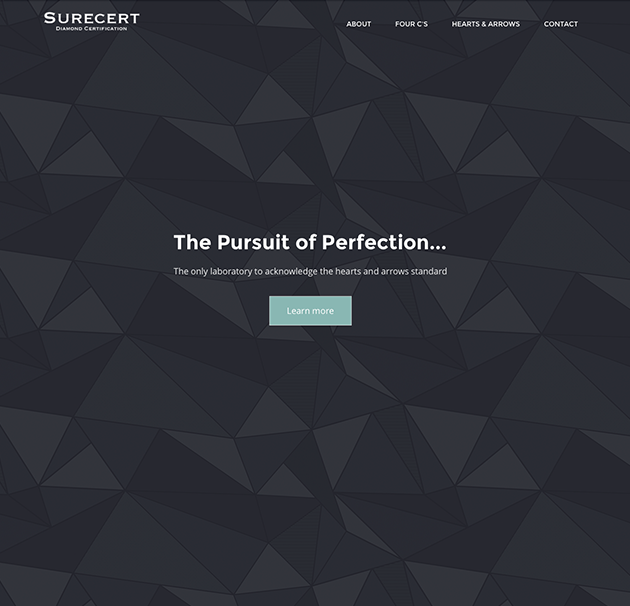 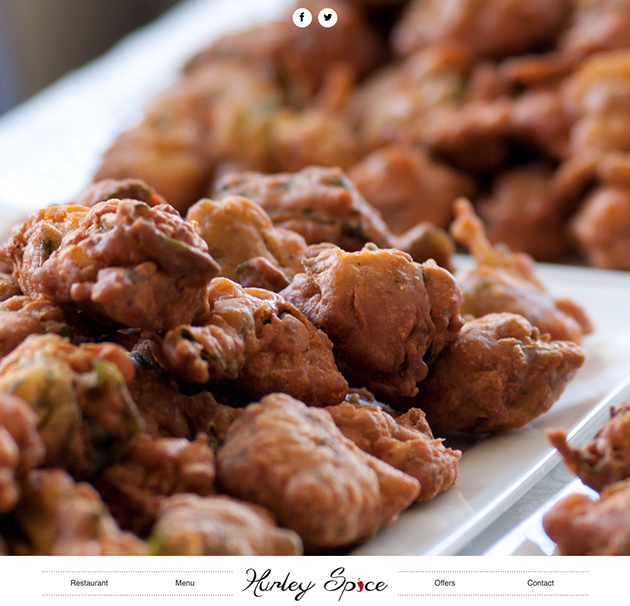 Hurley Spice is a Indian takeaway which was looking to get an online presence. A close friends business, I took on this job when working freelance creating Hurley Spices's website, logo and flyer's using Adobe Photoshop and Illustrator